Home > About us > Our history

Povl Møllers Maskinfabrik A/S was founded back in 1921, when Povl Møller traveled from Copenhagen to Borup to settle. He had an intention to open a factory for the manufacture of agricultural machinery, however, then it started out completely differently. To begin with, car lifts and car parts for Ford T were manufactured instead.

When they started going from grease to oil lubrication in the industry, the machine factory, in 1961, got in touch with Vogel, the German manufacturer of central lubrication systems, which is today acquired by SKF. This started a mutually beneficial collaboration between PMB and Vogel. This has contributed to the factory over the years having developed into a major supplier of modern equipment to, among other things, the transport sector.

To this day, almost 7,000 presses have been produced at Povl Møllers Maskinfabrik A/S.

Our idea base in PMB is to service companies in the areas of press lines and central lubrication, and based on our great knowledge, we focus on our customers’ productivity and reliability. We have accumulated a great deal of specialist knowledge through deliveries of many total solutions, and therefore have a professional experience that we can offer, for this purpose guidance and competent advice.

Below you can see a lot of old pictures from PMB through time. 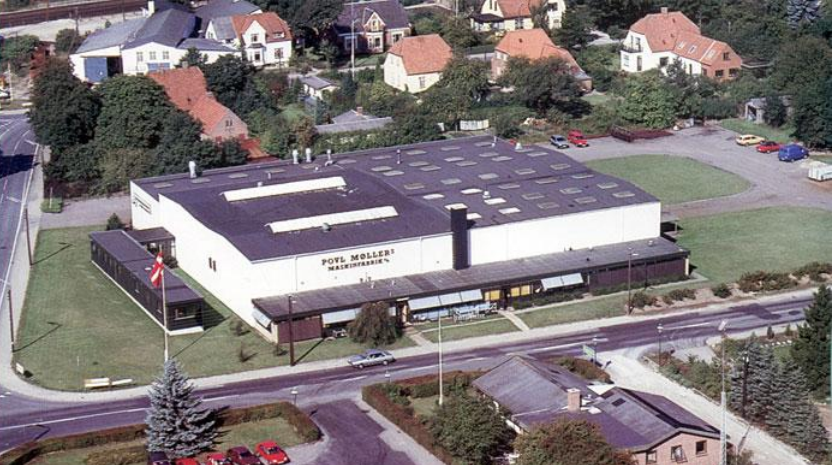 Do you have any questions or other inquiries?

You are more than welcome to contact us, with your question, search for advice and guidance or anything else.

We really want to help you and are always available!

This website uses cookies to improve your experience while you navigate through the website. Out of these cookies, the cookies that are categorized as necessary are stored on your browser as they are essential for the working of basic functionalities of the website. We also use third-party cookies that help us analyze and understand how you use this website. These cookies will be stored in your browser only with your consent. You also have the option to opt-out of these cookies. But opting out of some of these cookies may have an effect on your browsing experience.
Necessary Always Enabled
Necessary cookies are absolutely essential for the website to function properly. This category only includes cookies that ensures basic functionalities and security features of the website. These cookies do not store any personal information.
Non-necessary
Any cookies that may not be particularly necessary for the website to function and is used specifically to collect user personal data via analytics, ads, other embedded contents are termed as non-necessary cookies. It is mandatory to procure user consent prior to running these cookies on your website.
SAVE & ACCEPT